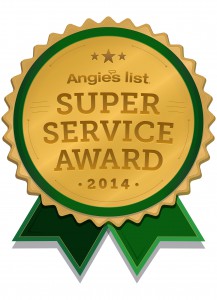 Big news at Moving Ahead Services this week! Angie’s List has officially announced the 2014 Super Service Award Winners – and both of our Cleveland and Columbus offices are Angie’s List Super Service Award Winners for 2014! Although we have been anticipating this patiently all year, we are excited to have gotten the official news and could not be more proud of our hard working team!

The Angie’s List Super Service Award is given to about 5% of companies within a given market and / or industry, to identify above and beyond service and performance standards.  At Moving Ahead Services, we have earned the Super Service Award for 2010-2014 for Cleveland, and 2009-2014 for Columbus! We couldn’t be more excited, and are so very thankful for all of our customers on Angie’s List that provide us with feedback and reviews.

In order to receive the Super Service Award from Angie’s List, Moving Ahead has to meet all of the eligibility standards that are outlined in the Award requirements, and maintain those standards for both offices throughout the entire calendar year.  This includes keeping an A grade in overall ratings, recent ratings and review grades.  We also adhere to all of the Angie’s List operational outlines, and have been thoroughly evaluated including a full background check! With all that said and done, Angie’s List dishes out the honors.

For both of our offices, Angie’s List has played a very important role since the beginning.  The network of individuals on Angie’s List has provided us with some amazing opportunities, for both new and returning customers as well as professional relationships with some of the industry’s best! The feedback and insights gained from the unique structure of Angie’s List and member reviews and ratings has allowed us to quickly and effectively put changes into action, and also recognize our employees that go above and beyond for our customers.

We thank you, and look forward to another award winning year with 2015 and Angie’s List!