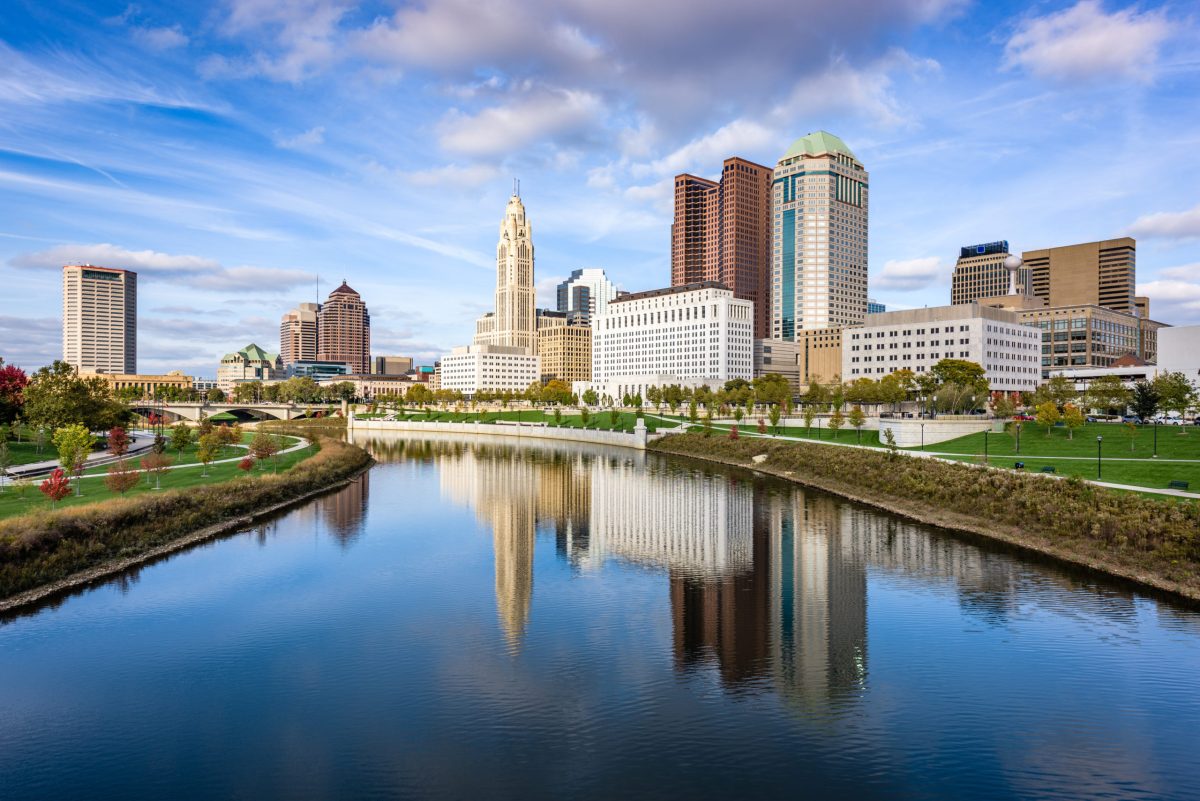 Columbus…Ohio?  Indeed!  Columbus has many things going for the city in recent years.  The greater metropolitan area is growing rapidly, and not by accident.  According to US Census Bureau for 2018, the city limits of Columbus proper have more people than the city of San Francisco – yes, you read that right.  While the surrounding region is not as populous and Columbus has a larger land mass, this interesting growth statistic illustrates the changes and trends that economists and city planners like in order to attract new talent and ideas for the growing Midwest city.   So what’s driving that growth?

Columbus’s growth is a huge draw for business: centrally-located in the country, it is one of the best ‘hub’ cities for getting products and goods physically delivered to another location at the fastest rate.   One notable statistic that really highlights the significance of Columbus’s location is that “46% of the U.S. manufacturing capacity is within a 10-hour truck drive”, as noted in this Inc. article.   Columbus also has a thriving digital health technology base, with innovation attracting talent from across the country as well as the ever-desired start-up funding.  The city still maintains the Midwest geniality and the familial feeling so unique to this area of the country, which is great for feeling connected and having your city be accessible.  Places like New York, Houston, and Los Angeles, among other city giants, are fantastic, if you have the means and the access to live and work in them and enjoy them.  In contrast, a growing town like Columbus has all the amenities and attractions without the competition for resources and the expense that goes along with it.

The one thing that’s constant is change, and the leaders of Columbus have adopted that mindset for the future growth of their city.  To that end, they have asked the question: “what makes a company want to invest in Columbus?”  It has to attract regional and national talent to want to live in, move to, or stay in the area.  So when young professionals are just starting out, what are they looking for in their “choice” destination for work and play?  Number 1, a job, coupled with number 2, a cool place to live and meet cool people.  Columbus offers all of the above.

From research pulled together and aggregated by Realtor.com, the top ten places for the two above conditions to be met account for the following: low unemployment numbers, sizable number of college graduates (who are singles!), median income for said young professionals, affordable housing, and numerous quality-of-life options for when work ends and fun begins (bars, fitness facilities, etc.), among other factors.  When considering these, Columbus ranked 3rd in the nation, behind Madison, WI and Austin, TX, respectively. Dismissing Columbus would be a disservice to the list of great places to work and live.

What’s the Blueprint for Columbus’s Success?

As highlighted in a September 2018 article in Inc. magazine, Columbus’s growth is due to the following efforts:

In the ten counties surrounding the central Ohio city, the Gross Domestic Product grew by over $3B between the years 2014 and 2017.  The area attracted 10,000 new people in 2019, which contributed to and coincided with the rising housing prices and more competitive market.  The people of Columbus have a large vision for the future of the region, guided by the efforts of the One Columbus organization, an economic development organization that aims to continuously improve the economic and social well-being of the people in the region.  The energy is palpable.  New businesses look at Columbus as a perfect centrally-based hub for their transportation and logistics needs.

So Columbus is not actually a small town?  Not anymore, but several characteristics keep it definitively in the “Friendly and Accessible” category, despite the city’s growth.  First, it is in the Midwest, which may be an ambiguous element but an element nonetheless.  “From the Midwest” says something about people and how they interact.  It’s hard to put your finger on, but it definitely exists.  It comes to you with a slower conversation pace, eye-to-eye contact, an actual “hello”, and a genuine curiosity about how you’re doing.  Second, those friendly people live in very close proximity to some of the best small towns in the country.  Granville is home to Denison University, a 30-minute drive from Columbus that will transport you to a quaint and upscale place once you arrive, enhanced by the college-vibe of the “Hidden Ivy” in the Midwest. Zanesville has art museums and sculpture studios to add to its charm, Marietta has tons of mountain bike trails and borders the Ohio River.  Chillicothe, 45 miles to the south of Columbus, was twice the state’s capital.  These plus the little towns of Sugarcreek and Walnut Creek, both Amish towns, offer the small town feel an afternoon drive from Columbus.

…and after learning more it’s no surprise so many people are drawn to live in this city.  When you’re ready to make your move, Moving Ahead Services is ready to help.   Our Columbus crew is the pinnacle of professionalism.  We know Columbus and are excited to get you started on your residential or commercial move.  Check out our detailed list of services here, and get a free, no-obligation quote for the best movers in the area.  Welcome!