Moving Ahead ServicesMoving ResourcesMoving NewsMoving TipsMoving to Tampa? Consider This 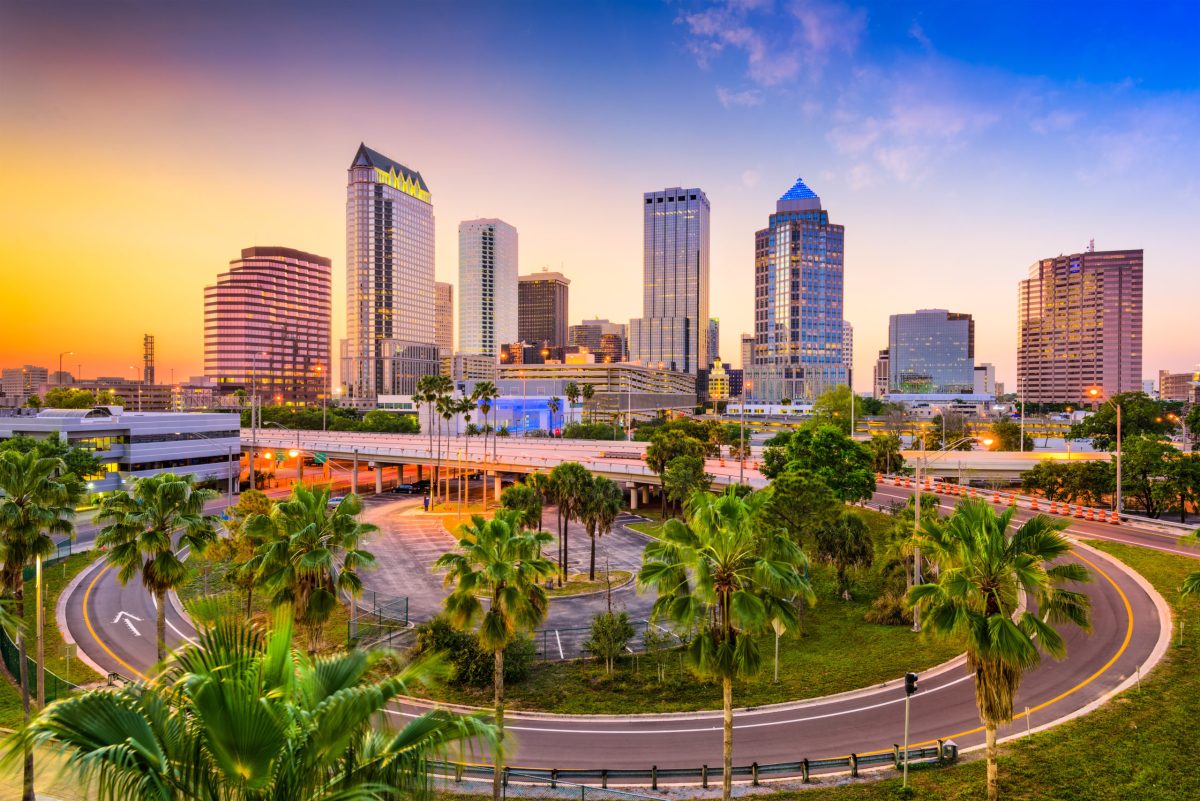 Moving to Tampa? Consider This

Moving to Tampa?  The second-most populated metropolitan area in Florida is a hub of culture, festivals, and good living, capped off with Florida’s fantastic tropic-like weather.  The area’s relationship with the sun and water attracts tourists, businesses, and residents alike.

Regardless of whether you’ve visited before, living in the Tampa Bay area will be different than being an occasional visitor.  Here are several topics to ponder for living in Tampa, and other ideas to consider as you make your move.

How Big is Tampa?

Tampa is the third-largest city in Florida, and the 48th largest in the US, according to Wikipedia.  The 2019 population of Tampa city limits was 400,000, and the immediate area brings that number up to roughly 2.8 million. Including the area surrounding the city, proper makes the Tampa Bay area the second largest metropolitan area in Florida, second only to that of Miami.  What does this mean for you?  The size and population density of the Tampa Bay region is akin to the areas of San Diego, Minneapolis, and Denver.  While not the largest cities in the US, they come with plenty of lifestyle options and fun activities, (along with more traffic congestion and expense), than other smaller cities.

Unfortunately, Tampa is one of the worst cities for traffic in the United States, and in the world.  In 2019, the TomTom Traffic Index listed the city as 27th worst traffic in the US, and 226th in the world. Drivers here spend 24% more time stuck in traffic than drivers in other cities. While this is typical for many vibrant metropolitan areas, depending on your experience you may need to get used to planning your day around congested traffic patterns.  Note that there are many draw bridges, and the bridge traffic can be significant as a result.

Tampa residents, known as Tampenos, Tampans, or Tampanians depending on who you ask, are a diverse community of people.  According to the US Census Bureau and compiled online, between 2011 and 2015, people from Chicago, the New York City area, and Fort Worth, Texas were the main areas of origin for people moving to the Tampa area.  The neighborhoods in which they settle are as diverse as the population.  According to data from the American Community Survey and compiled by the World Population Review, Tampa’s population can be generalized as 45% White (non-Hispanic), 25% Black, 20% Hispanic, Asian 4% and native Hawaiian or those with two or more races making up the remaining percentage.

There is a strong Latin influence; one of the first established neighborhoods was from immigrants from Cuba.  There was also a historical Greek and Italian communities, but as Tampa has grown the city has emerged from any one overarching influence.  Spanish speakers make up 20% of the population. There is a 20% poverty rate in the city proper, placing it in the bottom half of the top 50 of poorest US cities.  Conversely, the neighborhoods just south of Tampa International Airport are very affluent, including Beach Park, Palma Ceia, and Bayshore Beautiful.

What’s the Cost of Living?

Because of housing and the quantity of gas you’ll be putting in your car upon your move to Tampa, the area’s cost of living is slightly more than the national average.  Like other similarly-sized areas, however, the different localities around Tampa can vary greatly.  Living in Palm Harbor, Indian Shores, or St. Petersburg Beach can be much more expensive compared to Temple Terrace, Brandon, or Riverview.  Many people move to Florida because of the lack of income tax.  The state relies on sales tax to generate state revenue, which is currently 6%.

If road trips are not for you, you’ll find a plethora of flight options from several accessible airports.  Tampa Bay International Airport (TPA) – in your back yard relatively, with four terminals and nonstop flights to roughly 80 national and international locations.  Orlando International Airport (MCO) is 80 minutes away by car, and as such is helpful for having many travel options at your disposal.  Sarasota-Bradenton Airport (SRQ) and the St. Petersburg-Clearwater Airport (PIE) are also international airports in the Tampa Bay area.

What are the Neighborhood Vibes?

Tampa and its surrounding cities are intricately linked, though they are managed by different municipal governments.  Regardless, the many diverse community choices make it easy to find one that will suit your lifestyle upon your move to Tampa.  Here are a few stand-out communities that make Tampa a great choice overall:

St. Petersburg: If you’re looking for an urban vibe, this downtown is going to check all the boxes.  Live, work, and walk to all that downtown St. Petersburg has to offer, including restaurants, museums, hotels, parks near the water, and the myriad of housing options.

SoHo: Like downtown St. Petersburg, SoHo is a neighborhood that offers all the ease of living, working, and playing in the same locale.  There is a perfect blend of retail and leisure activity options in Hyde Park village, with easy access to four miles of the Bayshore Boulevard sidewalk.

Channel District: This area is home to the Tampa Bay Times Forum and two performing arts stages: the Straz Center and the Tampa Theater.  In addition, it hosts the amazing Florida Aquarium and several museums.  While in the heart of downtown Tampa, this neighborhood has plenty of parks, restaurants, and businesses to make living easy.

Ybor: Looking for the heart of Tampa’s Latin vibe?  Look no further than Ybor (“ee-bore”).  The Cuban immigrants and their expertise in cigar-making have left a permanent mark on the constantly developing area. It is significant enough to have received one of Florida’s historical landmark designations. Parades, festivals, and colorful celebrations are always on the calendar.  Shopping, dining, and people-watching make Ybor an entertainment and party destination.

Are you looking for good schools within walking distance, easy access to grocery, retail, and amenities, and family-friendly neighborhoods?  Farther from the Tampa city center are great suburban neighborhoods, each with the slower-pace of life that can appeal to families.  Included in this list are the communities of Fishhawk, Bloomingdale, and Valrico to the east of Tampa, and Lutz and Wesley Chapel to the north.

What Else Do I Need to Know?

As you make your move to Tampa, keep in mind a few things that may be different from your current home.  First, the weather is as good as you hear, and the beaches are always within reach.  If you’re new to Florida in general, you will want to investigate insurance for hurricanes and flooding.  Reptiles are as common as other pests, including roaches and ants.  The area is growing; on average the Tampa Bay area gains 150 people per day.  If you’re thinking about becoming one of them, contact Moving Ahead Services and get a free quote.  Moving Ahead Services is ready to get you started on your new Tampa adventure.