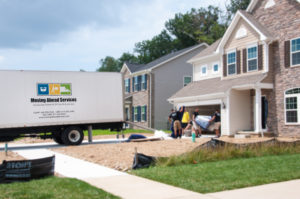 Are you moving from Cleveland to Pittsburgh?  Contact Moving Ahead Services today to get the best moving quote on the market.  We are a unique moving company in that we have locations in both cities, along with our other service locations, and as such we are the nimble and cost-effective choice for your move.  For residential or commercial moves, we know both cities well.  Let us help you as you make a move between the two cities.

What’s Different between Cleveland and Pittsburgh?

Wondering if Pennsylvania will be right for you as you leave Cleveland?  Driving on Interstate 76, only two hours separate the two cities from each other.  However, there are notable differences in your new locale:

A Cleveland to Pittsburgh move would be a relatively short distance to move, though each city has its own characteristics and ‘feeling’.

Just as there are several differences, there are also several similarities between the two cities.

Moving from Cleveland to Pittsburgh can be a natural transition, in many ways.  The two cities are close enough that your friendships and family connections can be easily maintained, and while Pittsburgh has a bit more of a connection with East coast communities, there are enough Midwestern natives in Pittsburgh to make it familiar.  Contact Moving Ahead Services with our easy quote request form and get started on your move today!